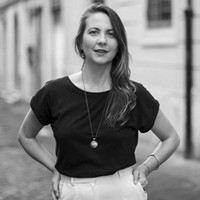 How to edit an art book

Valentina Galossi is an Independent curator born in Rome (1979) and based in Berlin and Rome. She has several years of experience in the fields of Film, Performance and Fine Arts. In Rome, she worked as a curator for the Ministry of Culture (2004 - 2010). In the last few years, she has collaborated with international galleries and institutions, focusing on the contemporary art market. She has worked for various galleries in Berlin, including Jochen Hempel and Sexauer. In 2015, Valentina curated BerlinRoma - Reverse Inequality, an international group exhibition at Ebensperger Berlin. She also organized Sundowner, a series of interventions/performances on the terrace of the Neue Nationalgalerie in Berlin. Valentina Galossi currently works with contemporary artists. Life of artists in Berlin is the first art guide of its kind and the first art book she has written.

Valentina earned a B.A. in Performing Arts and a M.A. in Digital Arts, additionally a fellowship in Contemporary Art at "Palazzo delle Esposizioni". In London, Tate Modern, she participated at the production of a Site-Specific dance performance for the Turbine Hall, co-produced by the Barbican Centre. She was Resident Curator at Node Center for Curatorial Studies, where she co-curated Faraway, So Close!, in collaboration with Grimmuseum and Künstlerhaus Bethanien.

How to edit an art book