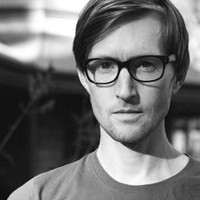 PROMOTING YOUR PHOTOGRAPHY IN THE ART WORLD - How to Sell Photographs

Michael Dooney (b.1981 Australia) is the owner and director of Jarvis Dooney Galerie which he established in 2013. From 1998 to 2008 Michael was active in the Perth (Australia) music scene as both a performer and promoter; this led to tertiary studies in photography and later exhibitions of his work. Relocating to Germany in 2008 to complete his MA in Architectural Lighting Design consolidated his previous experience as an photographic artist, exhibition designer and cultural manager, which was the catalyst for founding Jarvis Dooney Galerie. The gallery has presented the work of over 50 artists, regularly collaborates with local institutions and has participated in a number of international fairs and festivals. Michael is also a commissioned judge for the Reminders Photography Stronghold grant, photography reviewer for Lens Culture and is a regular panellist in portfolio reviews.

PROMOTING YOUR PHOTOGRAPHY IN THE ART WORLD - How to Sell Photographs