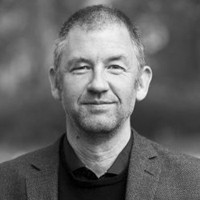 Moritz von Rappard studied theatre, film and television studies, German and education at the University of Cologne. After working on a wide range of projects as a curator, director and dramaturge and gaining additional qualifications as a moderator and mediator, he has been working intensively on participation, openness and involvement in cultural institutions since 2015. For example, as part of the KIWit competence network initiated by the Federal Commissioner for Culture and the Media, he developed the free-to-use g3 method for more effective work in heterogeneous groups.